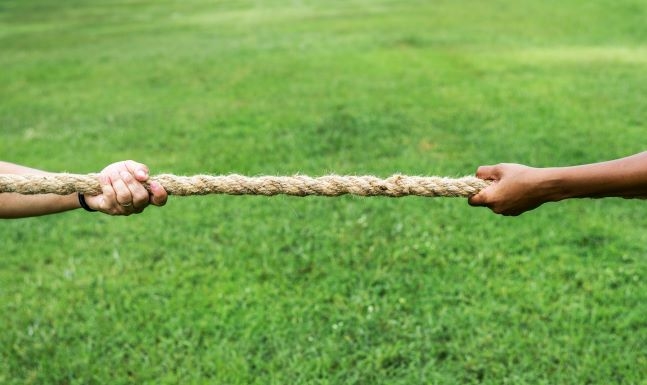 While much of the focus has been on establishing an interest rate swap compensation mechanism (alongside upgrades to IT and treasury systems etc), volatility traders say it is interest rate option books where banks and clients could see the biggest P&L swings when €STR CCP IRS discounting begins. “Ultimately, the big bang in June will have way more of an impact on the options market than it will on the swap market,” said one senior euro vol trader at a large bank.

As early as August 2019 the ECB Working Group on euro risk-free rates alerted market participants in a report about the impact on non-linear products, “Caution is required when valuing options on derivatives with physical settlement as after the discounting switch date the option refers to a €STR-discounted derivative, which triggers re-evaluation and compensation measures.”

The report goes on to warn, “If no compensation scheme were agreed, P&L impacts could be generated by revaluing trading books with modified PAI conditions. These P&L impacts would be present even if counterparties decided to switch the CSA collateral rate to mimic central counterparties.” It adds, “As the difference between EONIA and the €STR is small (0.085%), the impact would probably be material only for deep in-the-money trades.”

The lack of progress on swaption compensation became apparent in minutes from the December 2019 ECB WG meeting. Finally, it was announced last week on 19 February 2020 that the ECB WG will conduct a public consultation on swaption compensation: “It will perform a public consultation on this matter over the next few weeks in order to seek input from market participants and, based on it, evaluate possible approaches, i.e. whether recommendations from the working group would be of assistance and if so, what should be the recommended approach.”

Why banks are failing to reach consensus

Total Derivatives has spoken to more than a dozen banks and an overwhelming majority (including some banks that would prefer to see compensation) view compensation as the “less likely” or “very less likely” outcome.

Some dealers (but not all) say expectations began to diminish last year, “During the middle of last year it was still unclear, but it became apparent during discussions in Q4 last year that people were struggling to reach an agreement and our understanding is that there will not be a compensation mechanism for bilateral swaptions,” one euro vol trader said, “Underlying swaps will be OK and get compensation,” he noted.

As one trader explained, “The change in the discounting regime by clearing houses that affects the swaption settlement amount is problematic as most CSAs do not include specific triggers for compensation payments in such an event.”

Crucially, some traders say a key obstacle has been the larger institutions that are set to benefit from the 8.5bps discounting adjustment, “If you are a big bank and figure out that it would mean paying another big bank, say, a million euros then why would you agree to it?”

Another vol dealer agreed, “Every bank knows their own position (from the 8.5bps discounting switch) and if one of the banks is set for a big windfall in its book then I don’t think we are going to see them signing up (to compensation).”

A third dealer, despite favouring compensation, shared this sentiment, “We would like to see something (agreed on swaption compensation), but we expect it to fall by the wayside as the market cannot seem to figure it out,” he said. “It’s a false economy to assume that compensation will happen when the majority of people think it will not, therefore we are reviewing it with the assumption that it will not happen.”

In terms of the amount of P&L at stake, one trader said it was “not unreasonable” to guess that for some big institutions it could amount to tens of millions of euros in windfall or losses.

Elsewhere, a fourth dealer argued the market seems to have accepted that there will be no compensation, “The consultation is ongoing but it seems the Street is becoming resigned to its fate and most dealers and clients are accepting that there won’t be a compensation system and there will be a disparity in bilateral vol.”

However, a different dealer strongly rejected the view that the market has already come to terms with no compensation. They argued the reality remains that the ECB Working Group’s consultation is ongoing with the question still under debate and with strong support for a mechanism from banks and clients not wanting a random outcome. Furthermore, the same bank rejected the suggestion that with the big-bang transition due to begin on 22 June 2020, and with just two scheduled ECB WG meetings on 27 Feb and 21 Apr, it means that time is running out for a solution.

Still, a trader from another bank disagreed, “I think that it is way too close and there is not enough time. The reality is that any bank pushing for compensation means they are obviously one of those that are set to lose out,” he said. “I don’t believe that the ECB (WG), even if they wanted, would have any authority over bilateral CSA terms. Therefore any institution not benefitting from a compensation scheme would oppose it and it would be very difficult to get to a market consensus within the short time frame. The only thing I can think of is if the ECB decides to postpone the whole thing. It will be interesting to follow.”

It is not just banks facing P&L swings on their interest rate option books as dealers say that some clients will likely experience windfalls or losses, “Smaller banks and smaller clients should be OK but it is the bigger end-users, including some clients, that could see a big impact.”

One dealer agreed that while one bank refusing to compensate another bank might be (relatively) straightforward, the conversation that a bank might need to have with a client could be more sensitive. “With a client the approach could definitely be different,” he agreed, “But then even if they were annoyed I think the way you would go about it would be to explain that if you are not being compensated in the interbank market from the hedge then you really cannot give it (compensation) to them.”

Dealers declined to give an estimate of the number of clients affected or possible windfalls/losses. However, it can be assumed that end-users with large notional-sized, deeply in-the-money receiver swaptions are among those affected.

A sharp repricing in physical vs cash settlement vol in November 2019 signalled the market was pricing out the possibility of swaption compensation, argue some (but not all) dealers. Around that time, 10y30y physical vs cash surged up to 101bps from 75bps in just one week, trading several times on the way up.

To recap, there are three main types of settlement for the EUR swaption market: (i) cash IRR based on the ICE swap rate (ii) cash settlement based on PV of the underlying swap (iii) cleared physical based on two counterparties entering into an underlying swap cleared at a CCP. For a more detailed guide on cash vs physical settlement pricing, see Swaption desks on reform.

However, one dealer was quick to argue that other traders were wrong to imply that current market pricing in physical vs cash automatically signals the market is heading towards no compensation, arguing instead that the situation is more complex, “It’s possible, for example, that new trades will not have a compensation mechanism but that it will be applied for trades that were booked prior.”

Three other dealers agreed that there are limitations to using physical vs cash pricing as a proxy for the likelihood of swaption compensation. For example, other factors include supply and demand for IRR products (e.g. CMS-linked structures are typically cash settled), while one trader suggested some of the repricing in 10y30y was partly driven by convexity adjustments rather than discounting change.

Another trader acknowledged that market pricing only applies to transactions that are traded at a particular point, “But it also depends on where traders bifurcate their books,” he added. Overall, he still felt the balance remains tipped towards no compensation: “It’s a contentious topic and an emotional topic,” he said, “But from an objective standpoint, regardless of our hopes and dreams, we can infer from current market pricing that compensation is the less likely outcome.”

Elsewhere, callables vs LCH-cleared options have also exhibited price disparity (callables are essentially bilateral products), while it has been suggested that a handful of banks may have mis-priced callables, “I think there are still some that possibly don’t quite understand what it means when it comes to pricing bilateral callables and hedging against LCH-cleared swaptions,” felt one trader. For more on hedging callables with LCH-cleared options, see EUR Vol: €STR sparks bilateral vs LCH cleared vol divergence.

Fast money have been quick to try and take advantage of perceived mispricing in the market. “We’ve seen a few spivvy requests,” said one dealer, while another said they had encountered a few “snipers” looking for quotes.

Sources report that hedge funds have been looking to position via longer-tailed, in-the-money receivers given that is where the 8.5bps discounting will see the most impact, while also offering a clearer measure compared to trading the physical vs cash settlement.

For example, an account may look to buy a 1y30y 5% (i.e. deeply in-the-money) receiver and delta-hedge with a forward starting swap that (post-June 2020) is discounted at €STR, while the buyer still has some intrinsic value from the ITM receiver, "It's a case of looking around to see if someone will quote it," a dealer said.

One trader recalled that a 1y30y ITM receiver traded alongside the corresponding payer, “If you are certain where the payers should be, then based on put/call parity you are looking to capture some of the discounting risk on the receiver leg.” He said it traded a while back at an equivalent discounting of 5bps and has since moved “closer to the full 8.5bps”.

Earlier this month, the US Alternative Reference Rates Committee (ARRC) revealed its own consultation for swaptions that are based on USD LIBOR and could be affected by discounting changes for cleared derivatives from the use of the Effective Federal Funds Rate to SOFR effective at the close of business on October 16, 2020.

Speaking to Total Derivatives, some USD option traders reported concerns about the transition. One source felt there was increasing anxiety as “people are starting to realize” the myriad of details that are involved with a transition. You need to “renegotiate bilateral trades, deal with the basis exposures which you may or may not be able to hedge, not to mention a “real construction of a viable SOFR curve,” the source highlighted. He noted that, for options, discussions abound such as the details on how a cap might work in terms of resets that are based on a daily compounding in arrears setting, as well as how a vol surface based on SOFR would look like and what historical data it might draw upon - or if LIBOR is the proxy. Finally, one source wondered as the probable transition time to SOFR based swaptions, and speculated that it could still be far away into 2022, considering all the issues involved.

Finally, ISDA is working on new swaptions templates in order to address the issue of which discount rate applies at maturity in order to prevent new swaptions being traded with the issues that are currently being encountered by dealers.