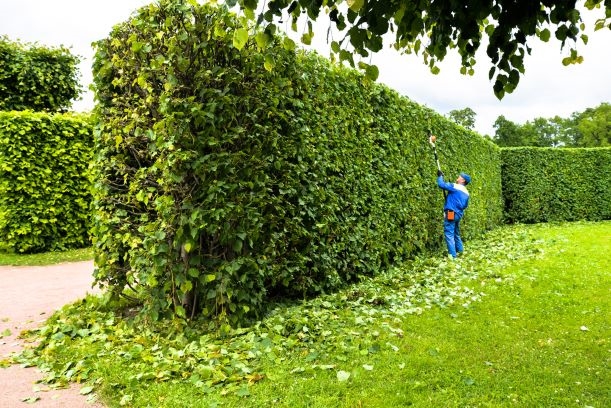 Unaware of the market turmoil coming down the line, the £50bn British Telecom Pension Scheme, BTPS, ran one of its routine stress tests last December. It measured the portfolio’s ability to withstand an extreme event across outsourced mandates to an internally run £15bn LDI portfolio (mostly invested in index-linked gilts) and derivative overlays across rates, inflation, equities, currency and credit. All went well but the process, which deputy CIO Wyn Francis says re-enacted a similar market crisis to what Covid-19 has unleashed, flagged important unknowns on the aftermath. Issues he’s now positioning the portfolio to weather for real.

High on that list is the possibility of a spike in inflation. BTPS hedges its rates and inflation exposure and is near its target levels, although Francis doesn’t reveal what that percentage is. One of the risks he sees is that if a rapid economic recovery combines with the fiscal and monetary measures thrown at the crisis, near-term inflation could rise. So far, the fund is increasing its real rate hedge only in line with long-term strategy and inflationary concerns aren’t triggering any change in behaviour, but he says this could change.  “We are very mindful of managing the effectiveness of the hedges. If we do get an inflation spike, we are likely to feel it in the short-end more.”

But a decision to increase the hedging allocation isn’t straightforward. RPI reform and government plans to change the measurement of inflation, have left the fund more cautious about building up the inflation hedge. “Without doubt, when there is this kind of uncertainty, and you are not sure of the value of what you are buying, it makes things that much more difficult,” he says.

BTPS has RPI and CPI in the scheme liabilities, and as well as matching its RPI exposures, it also uses RPI-linked instruments to hedge some of its CPI risk. Francis says the scheme has accepted the basis risk in using imperfect tools to hedge CPI inflation risk, but in the absence of any alternatives, shouldn’t be punished.  “It’s difficult to understand how as a scheme we could be penalised for being prudent and following regulatory drivers. If we’d been profligate and not bothered to hedge you could argue we’d be in a better position, and that doesn’t seem right.”

He also notes a contradiction in the government’s need for long-term investors to buy debt to fund recovery from the virus, with the lack of clarity on RPI reform. “If we are moving towards some sort of CPI measure, issue in CPI,” he says. “We need to have more certainty around RPI and if and when a change to a CPI based measure is going to be made. To have what is such a significant government bond market clouded with so much uncertainty is peculiar,” he says. Yet certainty has just been pushed back again with Chancellor Rishi Sunak announcing an extension to the consultation period by four months in light of the coronavirus crisis, with a decision now put back to the Autumn.

Compensation for the index switch?

There is also an argument for some form of compensation for investors when the inflation calculation is changed, he says. “I do see the argument from both sides and can understand there are winners and losers. But we took a prudent, measured approach to hedging our risk in the scheme and the scheme could be penalised for doing so.” More so, perhaps, given a consultation process in 2014 left the fund thinking it was operating in a stable hedging environment, he says.

Going forward, he notes a few alternative hedging routes. For example, the pension fund buys CPI-linked corporate bonds. Although the market is thin, he hopes CPI-linked corporate issuance will pick up irrespective of whether there are changes to RPI. “If there is more CPI-issuance we will see a more liquid CPI swap market,” he says.

The pension fund uses a range of instruments to hedge its risks including swaps, swaptions, repos and total return swaps. Regarding the latter, Francis notes wider pricing which he attributes to banks’ reluctance to trade during the crisis. “Repos and TRS have been difficult. Although we’ve seen some trades go through, some banks have just refused to quote or are just ‘bidding to miss’. They don’t want to not quote, but it’s also clear they don’t want the trade either.”

Regarding TRS counterparties, Francis says their availability “comes and goes,” depending on who has balance sheet at a given time. “It is all about how they manage their own balance sheet and what they can finance. It depends on what is going on for them at that time. It moves around quite a lot.” BTPS has around 10 derivative counterparties but doesn’t always use the same banks across different product groups. For example, for equity hedging it uses around four or five counterparty banks.

He has no plans to switch to clearing yet, although the fund is all set up to clear. “We’ve been able to clear for 18 months, and we monitor bilateral pricing and cleared pricing and don’t see much of a difference.” He is particularly wary of adding to the pension fund’s costs. “Ultimately I expect we will have to clear, but as long as we can stay competitive on pricing with bilateral transactions, we don’t see a need.”

In other virus-related strategies the pension fund has monetised equity derivative positions in response to the sell off. BTPS had systematic collars in place whereby it sold short term calls and bought long-term protection. It is a strategy that allowed the fund to continue to run risk in its growth allocation for longer because protection was in place. “Without this we would have been selling out of our growth portfolio much sooner, but by putting protection under it we were able to run that risk for longer, and de-risk while markets went up.”

Long-term strategy based on a slow and steady approach

BTPS large rates and inflation hedging programme has come to fruition over the last five years. Strategy has been focused on taking time to slowly build up the ratio and ensure the fund is never forced to hedge at a particular time.

It’s a slow and steady approach that has stood BTPS in good stead during the current volatility.  The absence of fulfilling hedge targets every day, week or month means it can back out of the market if needs be. “Recently, for two to three weeks liquidity was so poor we just stepped away,” says Francis.

The same approach means the fund eschews benchmark targets for its hedging programme that risk encouraging the “wrong outcomes.” Francis, who was head of investment risk and implementation before becoming deputy CIO in 2014, has also made leaving little or no market footprint a priority. “I didn’t want banks to start licking their lips at us coming in and starting to hedge,” he says.

Over the years he says the hedging programme has benefited from changes in the way dealers warehouse risk. New rules around banks’ capital requirements have left banks reluctant to hold as much risk on their books, something the pension fund has tried to capitalise on. BTPS’s banking partners have sought out the fund for its capacity to take down large transactions quickly, hold prices and in effect provide liquidity in certain circumstances, he explains. “Some of the banks recognised our capacity and worked with us to pass their risk through to us,” he says.

The value of liquidity has, once again, come to the fore in the crisis. BTPS looks to use the gilt portfolio as efficiently as possible, whether posting it as collateral with derivative counterparties or using it to generate short-term liquidity through repos. “This episode may encourage a few pension funds to really think about how they look after their liquidity,” he concludes.