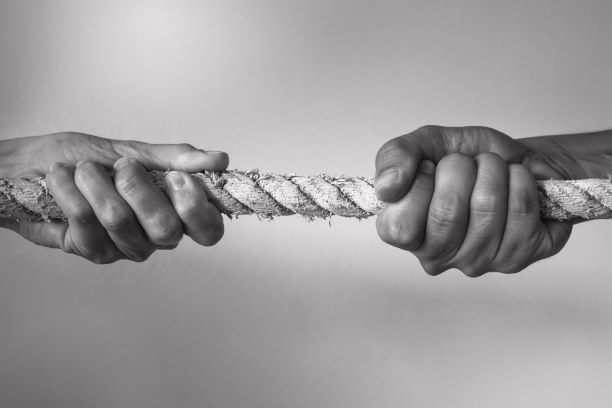 The consultation was launched in March this year after market participants failed to agree on compensation following several months of talks. For a previous discussion about the issues, see Banks battle it out for €STR compensation.

The findings of the consultation reveal that around two-thirds (23 of 34) of respondents favoured some form of voluntary compensation.

A spokesman at Deutsche Bank informed Total Derivatives yesterday that, “Deutsche Bank welcomes the findings of the ECB’s EUR swaption consultation, which show a clear majority, among buy- and sell-side, in favour of compensation. This is an important step to retain consistency and credibility within the context of IBOR transitions. It will now be important to fine-tune the timing and methodology of the compensation mechanism to satisfy the views of the industry as expressed through the consultation results.” The bank made no further comment.

However, a different dealer was less optimistic about voluntary compensation being agreed, "Most likely there will be another call (between market participants) and you will find that not all of them are willing to pay (compensation)."

The crux of the issue for interest rate swaptions remains the fact that the ECB Working Group has no authority over CSA terms in bilateral trades. In other words, how can the ECB WG force an institution that is set to profit from the discounting switch to give-up its windfall? As one dealer argued, the two-thirds in favour of voluntary compensation face a sort of prisoner's dilemma, "Who will want to be the first guy to jump?"

Still, speaking to Total Derivatives, some sources, including some from the buy-side, feel very strongly that compensation should be agreed in order to maintain the integrity of the market. “The most logical way is for the discounting methodology change to be applied in a way that means there are no winners or losers. There are a few big dealers out there that are set to benefit (from no compensation) but it’s not fair on the smaller banks and clients that are set to lose out,” argued one source. “Trying to bulldoze it through without any compensation or proper consultation with clients is very disturbing from a regulatory point of view.”

Others have been quick to counter this argument, “We trade on contracts. There are already legal documents in place and to override them is not the way we normally do business - you have to ask yourself where does it stop?” For instance, if a bank happens to profit by several million euros on its hedge for a pension fund, does it then keep that windfall for the bank’s shareholders or does it make the decision to give-up such benefits, it was argued.

Another issue, highlighted by those against compensation, is that a voluntary mechanism creates adverse selection whereby institutions will naturally choose to compensate on a case-by-case basis, while also incurring high operational costs. However, for one source in favour of compensation the answer is simple: regulators need to step-in and ensure that compensation is applied to all contracts.

The ECB review also revealed a split from respondents on the favoured timing of compensation payments as well as which contracts should be covered.

Unsurprisingly, sources speaking to Total Derivatives had mixed views about how much of an obstacle this presents. For those in favour of compensation these are details that can easily be worked through. But others argue it is more complex, "It is not a minor detail if people cannot agree on the same date and which contracts," said one. Another agreed that "choosing a date is hard" while adding that the split over contracts "becomes hugely problematic for all the legacy positions".

Elsewhere, dealers are equally divided when arguing about the impact compensation will have on clients. Deutsche Bank finds “a clear majority, among buy- and sell-side, in favour of compensation.” However, some other dealers point out the number of non-banking institutions that responded to the Working Group consultation totalled just eight (three asset managers, three insurers, one pension fund and one market association) of the 38.

“A major problem is that the survey was overwhelmingly focused on banks. Some clients that were not aware of the consultation, and from market pricing were not expecting compensation (to be agreed), are now asking what’s going on,” reported one dealer.

An example could be a real money client holding deeply in-the-money receiver swaptions entered into several years ago. “All of a sudden you have some clients, that were not ready for compensation, being told by banks that you need to pay us.”

Another dealer agreed, "It just doesn't feel very well thought through from the people that have made the recommendations because they have failed to represent the wider population of clients."

One source disputed that many real money clients could be facing potentially huge losses if compensation goes ahead, “Real money will just change their discounting curve to see a windfall so that net they end-up flat with no loss or gain.”

However, a different dealer maintained that it was not a straightforward adjustment for real money clients. Firstly, they pointed out that it depends whether you are referring to asset managers, insurers or the corporate sector. “They do not have a consistent discounting curve… possibly they can cook something up but the net effect for clients is complex and unclear.”

Either way of the outcome, the dispute will clearly test some of the relationships between banks and clients. For example, does a hedge fund threaten to reduce its business with a bank that refuses to make voluntary compensation payments? How far will a bank press a valuable real money client to make a voluntary compensation payment? "Clearly there are many difficult conversations going on," agreed one dealer.

Ahead, the next ECB Working Group meeting is not scheduled until July 21 although ad hoc meetings can be arranged. Note that the actual transition to €STR discounting has already been delayed by Covid-19 to July 27.