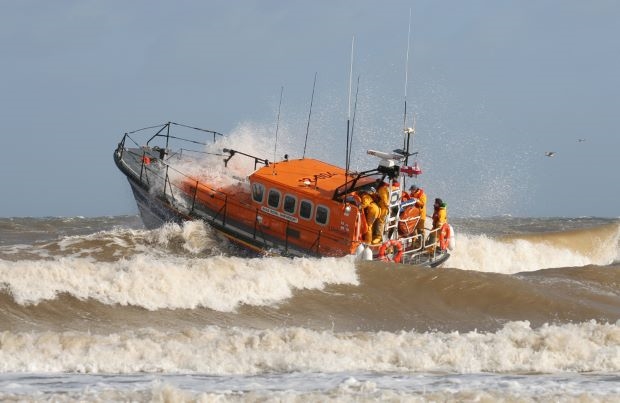 Inside the PPF’s sophisticated LDI

The UK’s Pension Protection Fund (PPF) runs one of the biggest LDI books in the market shaped around a highly sophisticated, internally run strategy more aligned to a bank’s trading book than a pension fund. The lifeboat fund actively hedges 100% of its interest rate and inflation risk so that its exposure is continuously rebalanced, with the fund effectively re-stating its liabilities on a weekly basis. “We don’t work like a typical pension fund that looks at its liabilities every year, or every three years,” says CIO Barry Kenneth who moved from a banking career to join the fund as CIO in 2013. “I believe we have the biggest LDI book in the UK market; it’s quite substantial.”

The PPF’s allocation to government bonds (nominals and linkers) is just shy of 40% of its total £33bn assets under management. “Given the fact we are over 100% funded and we have 40% in gilts, you can deduce that the remainder of that comes on the nominal side via things like gilt repos, total return swaps and interest rate swaps. On the inflation side we use inflation swaps heavily,” explains Kenneth.

The LDI portfolio was bought in-house four years ago on a conviction that Kenneth’s LDI team, who he describes as “heavy hitters” with years of derivatives experience, best understood the liabilities and could run it better than others. “We didn’t decide to insource because of fees,” he explains.

The guiding mantra is ensuring the portfolio moves as closely as possible with the fund’s liabilities so that unlike other pension funds that might discount on technical provisions or corporate bond yields, the PPF’s discount rate is risk free, and thus effectively manages the true mark-to-market. “We can look at our LDI assets and our benchmark as both mark-to-market assets and liabilities. Our liability benchmark is there to actively ensure that there are no unhedged positions

It is a level of control that proved essential during the recent gilt volatility, allowing the fund to manage the markets in real-time and adjust the portfolio accordingly. “It has been challenging and volatile, but we have done what we needed to do in the time frame we needed to do it,” says Kenneth who says he won’t do anything differently if volatility returns.

One of the more  difficult consequences of the pandemic has been the shift to work from home however, he says. “Our technology is great and our systems robust, but the decision-making process is tougher from home. We are able to implement, but it’s less face-to-face and I’d sooner be in the office.”

Generally bid offers were a bit wider in late February and early March, and transaction costs were “higher than you’d expect” but it wasn’t “significant” he says, adding the team’s understanding of pricing in a tough environment has been key. “Sometimes the transaction costs will be slightly higher in volatile times than in the functional markets, but we’ve got people on the desk who have a combination of over 40 years’ experience trading these instruments, and we understand what the right trading strategy and price is in any environment. Hopefully, our footprint has been relatively low in terms of what other market participants can see,” he adds, turning the conversation to a central pillar of the PPF’s banking relationships.

The PPF’s strategically managed banking relationships are shaped around bank discretion on one hand and PPF loyalty on the other. It is an approach that Kenneth believes gives the fund better execution through all environments, not just the good times. “We expect our banks to very much protect us so that if we do anything big, it’s kept under wraps. In turn the incremental business we do we try to do on a fair basis, which means that when times are tough we expect liquidity and balance sheet, and when times are good we won’t act like some people out there and try to get ten banks into competition with each other.”

He also urges the PPF’s banking partners to view the fund holistically, not just through an LDI lens. When the team does something large or more complex, they will call on strategic partners to help across the portfolio, he says.

It is a keen sense of fair play that is roiled by RPI reform. PPF’s inflation liabilities are CPI rather than RPI-linked, but the pension fund does use RPI-linked instruments to hedge some of its CPI risk. “If we are CPI-linked in our liabilities and using RPI products, then we obviously have to delta hedge the gap between CPI and RPI. This creates quite a lot of basis risk in the liabilities portfolio, but we manage it,” he says.

CPI-linked liabilities leave the PPF less affected than others in the inflation market where RPI accounts for an estimated two-thirds of the index linked market. But the pension fund has been involved in the reform debate via conversations with market participants and contributed to the government consultation. Kenneth acknowledges the current construct isn’t necessarily the best reflection of inflation, but he believes changing it without compensation holds real peril.

“Most of the outstanding RPI-related products out there were purchased based on the current formulaic construction of RPI. Value was judged on that construction, not reformed RPI. We are of the view that the current position to rejig it with no compensation is unfair.” Without compensation, he believes it is beneficiaries who will ultimately pay. “If RPI becomes a less valuable commodity it will negatively affect the price paid on inflation assets, which are generally held to make pensions payments. Therefore it’s a direct tax on pensioners. It’s a controversial reform and the wrong people will get penalised.”

Clearing: Cost in doing business can be made up elsewhere

In the PPF’s last strategic review of its asset allocation it added a specific allocation to cash modelled on its cash needs particularly around posting collateral in an extreme event. “Obviously we have member payments we need to pay out,” says Kenneth. “But we also assumed that all our derivative positions will be cash-collateralised as margin and duration margin for a stressed event.”

Although the PPF doesn’t centrally clear at the moment, he says the fund is 75% ready to do so and will move towards central clearing when the time is right. Deciding factors will include liquidity with bank counterparties, or if it becomes more costly to trade bilaterally than via cleared trades. “We don’t have to do anything more from an asset allocation perspective to be in the position to clear, it’s purely operational.”

Kenneth views clearing in the context of derivative markets’ gradual evolution, and says the PPF has worked from the premise that derivatives will be centrally cleared from as long six years ago. “Clearing provides and enhances credit and functionality should one of the intermediaries get into trouble. It gives the regulator far more visibility on what is going on in these markets and helps remedy a problem. I guess you’ve got to look at that as a positive.”

Trading derivatives may become more costly going forward, but that should be balanced against the opportunity set and efficiency of derivative exposures compared to physical cash, he argues. “It may be incrementally more expensive to centrally clear but if it is still efficient to use derivatives in this format, then this incremental cost will have to be made up elsewhere.”

He observes more efficiency between cash and derivatives in terms of incremental pricing in recent years. “Anytime you have an arbitrage in anything it tends to get closed down,” he reflects. That is until, of course, volatility like Covid-19 arrives on the scene. Market extremes in March and February made cash king again, says Kenneth who describes how derivatives and cash moved in different directions and at different speeds until central banks came in with  aggressive stimulus and bases moved back in again.

As for other reforms, moving the fund’s LIBOR-related exposure to SONIA extends beyond the LDI portfolio, affecting assets and liabilities across the balance sheet – including LIBOR-plus total return mandates and cash positions that need the benchmark changed.

“From a transactional point of view obviously the basis moves a lot - or has done - but this is just demand and supply pushing it around. There is not a liquidity problem,” he says. Perhaps more of a focus has been readying the PPF’s operational team for the change. “It’s not just the investment team that need to understand LIBOR reform. We’ve had to make sure we’ve dotted the ‘i’s’ and crossed the ‘t’s’ from an operational and legal perspective too,” he says, describing the process as safely in-hand. “We are not a pension fund that is a last leg follower.”