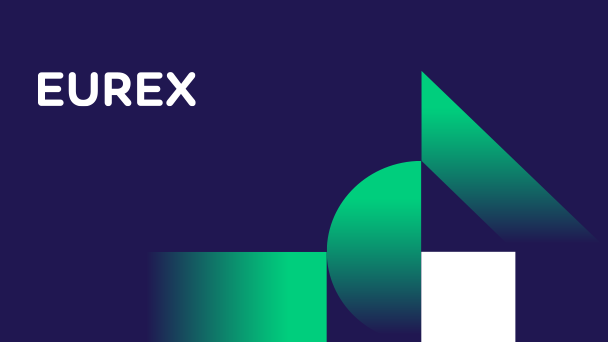 Last month marked the final step by Eurex in completing its range of non-linear products across the German curve when it launched options on Buxl futures. As a result, Eurex now offers both futures and options trading for the Schatz, Bobl, Bund and Buxl.

Trading in the new Buxl option began on 28th September and since then circa 5,500 contracts have been executed either outright or via strategies.

Speaking to Total Derivatives, Lee Bartholomew, Head of Derivatives Product R&D Fixed Income at Eurex, said that Buxl options had been well received and further explains how Eurex is looking to develop and maintain liquidity, the role of market makers and the advantages of the options for end-users.

Eurex has been quick to address the challenges from launching a new product, particularly a longer-dated contract. “Whenever you launch something in the 30y part of the curve then you have to expect a more cautious start as people need to feel comfortable with the pricing and the sizing of risk as the market establishes its depth and liquidity,” Bartholomew explained.

One of the first steps to secure the product’s success has been signing up an adequate number of market makers. “Generally you need more than three market makers in order to build momentum quickly and maintain it,” Bartholomew suggests.

Furthermore, diversity within the group is seen as crucial for ensuring liquidity – even when markets are stressed and gapping. For example, some firms already quote options on 30y UST futures and were therefore comfortable pricing Buxl options from inception. Others are more tech-focused market makers, Bartholomew explains, “They look at it from the perspective of the volatility of the widget within the algorithm  and the ability to recoup their costs.”

Eurex believes another key to success lies with striking the right balance between having a deep order book for trades executed on the exchange and an off-book market for trades executed away from the exchange (also termed block trades). “The more we can trade through the order book, the more we can accelerate the volumes. However, we are conscious that some segments of  the market have a desire for off-book market making and the need to provide flexibility to be attractive,” says Bartholomew.

In recent years there has been a shift towards more on-exchange trading, with order book volumes increasing year on year. The ratio of on-exchange and off book trading remained consistent throughout the March/April volatility. There are market structure differences between the US and Europe owing to the size of the underlying market, but Europe has been developing a strong ecosystem around new markets.

“In Europe there was a phase among the big non-bank market makers where everyone wanted to have the best technology and speed of technology was key. However, today there seems to be more of a balance whereby it’s not just about being the fastest, but also about being better at pricing the risk,” Bartholomew suggests.

In terms of the role of banks, option desks generally do not have the same appetite for proprietary positions they had prior to the financial crisis. As a result, most banks will likely be price takers, or end users of the product in the initial stages, meaning they request quotes from the non-bank market makers (either directly or via inter-dealer brokers).

The advantage of this contract for banks is that it opens up a new avenue of liquidity to hedge against their risk – including OTC vol market risk. For instance, suppose a real money European client wants protection against EUR 30y swap rates and trades a 30y swaption with a bank. Should the dealer be left with short 30y gamma position then a potential  way to hedge a portion of the risk - rather than going straight to the OTC market - would be to trade options on the Buxl future at Eurex.

Another opportunity is spread trading e.g. Buxl vs UST 30y options, or Bund 10y vs Buxl options. Increasingly, vol traders look to enter a spread trade when hedging positions. For instance, a trader might find 30y vol to be rich and therefore look to sell, but typically they will look for another area of the surface to buy against e.g. sell 30y gamma vs buying 10y gamma. Another way to replicate this could be trading the Buxl vs Bund option on futures.

In another example, a bank might also look to use options on Buxl futures in order to hedge risks from 30y government bond auctions.

Ahead, Bartholomew anticipates that a handful of larger banks may themselves step-up and start market making to end-users at some point. “It could be a natural evolution for the product that some banks could start making prices directly to clients. The speed they do that will depend on the interest they see.”

Fast money accounts and multi-strategy asset managers are being flagged as the buyside users most likely to adopt the product first.

“They tend to be quicker to adopt new products because they are more adept with their internal processes and are always looking for new pockets of liquidity,” says Bartholomew.

Some of the unique advantages of the Buxl contracts include opportunity for yield given 30y is the only part of the German curve with positive yield.

Another is return enhancement strategies, such as selling volatility - a popular carry trade for programme sellers amid the ECB’s low-for-long rate outlook. Generally, Eurex is looking to grow the number of strategies available as familiarity with, and liquidity in, the product grows.

Ahead, CTAs and pension funds are some of the other names Eurex hopes to draw in as the market develops.

The Buxl future has endured some big moves in recent times, most recently in March 2020 when coronavirus rattled markets and 10s/30s bull flattened sharply.

Yet Bartholomew argues the Buxl has proved its resilience, “The move in March really tested liquidity in the Buxl and showed its ability to weather a severe market shock relatively well. They were fast markets, but the market makers were able to sit in the order book and provide liquidity.”

Furthermore, he suggests development of the Buxl options market should prove complementary to the Buxl futures market, “We expect that as liquidity in the options market evolves then it will add to liquidity in the futures market and help to increase overall volumes.” Moreover, he cites the example of BTP options that were relaunched a couple of years ago with different strike intervals as evidence that Eurex responds to market feedback and invests in developing products well after they launch. “That helped the options volumes and also developed BTP futures volumes on the back of it,” he notes.

In the market, participants expressed a mix of hope and pragmatism when asked by Total Derivatives about the Buxl option. “I’m not sure about the mood for risk at the moment. But with the Schatz and Bobl looking set to move less and less then you have to look further out on the curve, so hopefully people will show interest. It ought to trade,” concluded one.