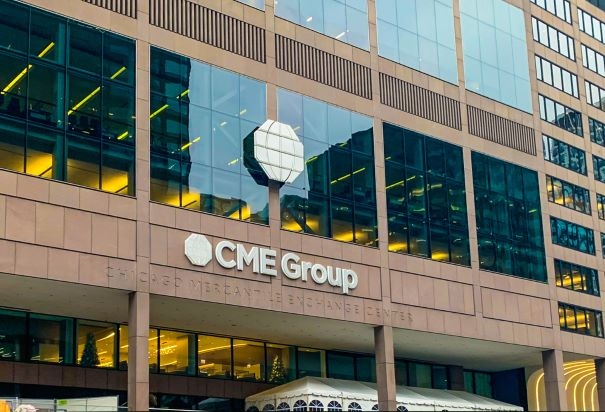 A key milestone in the transition to risk free rates was passed successfully this month with the switch from Fed Funds to SOFR discounting at CME Clearing. Following its transition to SOFR discounting the CCP also conducted a critical SOFR/FF basis auction, in which over 200 clients participated. Prior to the conversion, market participants had expressed concern over the potential for volatility into and out of the auction, but in the end liquidity was ample enough for the dispersion of risk with only modest choppiness in the basis around the auction.

“The entire transition was a great success, for the industry as well,” he noted, adding that it as the result of two years of “coordinated industry effort.” “We were very well prepared, and had hundreds of conversations with our clients. It was good to see  the transition  and the auction be successful,”  Cutinho says.

Importantly, the conversion has been followed by a jump in SOFR swap volumes – both basis and outright.  “We went from 60 different participants clearing SOFR swaps, to 320 after the transition - a big jump.” CME Clearing cleared a record $90bn SOFR indexed swaps in October alone, Cutinho estimates.

Tom Wipf, chair of ARRC and vice chairman for institutional securities at Morgan Stanley, highlights “the change of discounting curves from Fed Funds to SOFR was an important part of the ARRC’s Paced Transition Plan.”

Fallbacks a catalyst but work to do

With the transition to SOFR discounting at the CCPs completed, the market now looks toward the next step in SOFR adoption – the implementation of LIBOR fallbacks. ISDA released its Fallback Protocol on October 23 and it is due to become effective on January 25, 2021. The implementation of ISDA’s fallback could be a ”catalyst” for another step up in activity, Cutinho judges, ahead of key regulatory announcements next year ahead of the cessation of LIBOR, scheduled by regulators for the end of 2021.

“The launch of the ISDA protocol in October was another key milestone for the market,” Wipf says. “Adherence to this protocol will secure legacy uncleared derivative transactions with fair and transparent fallback language, providing clarity to a large portion of the market. We commend ISDA for this important publication, which is several years in the making,” Wipf adds.

Some market participants may view the fallbacks for Eurodollar futures and options as less complicated since they are listed products. Cutinho sees more work for over the counter derivatives.  For OTC derivatives “the fallbacks are not as seamless or simple so we need to work extensively with our clients” he explained. “It needs to be a coordinated effort to make sure that the fallback works across the industry in a standardized way” to ensure that operationally “everything works consistently.”

On the listed side, SOFR futures have been trading since May 2018. “SOFR futures have done remarkably well,” over the past two years, Cutinho says. With the near zero rate environment,  volumes are a little bit down from March-April but this is true of almost every short term interest rate derivative, including other currencies as well. Overall, activity has grown significantly in SOFR futures with “good bit of liquidity both in 1m futures as well as in the 3m futures,” notes Cutinho.

And repo-related hedging has been a boon for SOFR futures. “One of the most interesting things we started to observe was a new type of client – repo market participants. Before the advent of SOFR, they did not have a good, effective hedging instrument.  So we did see a lot of activity from repo market participants and that is a new client base for us.”

In addition, CME Group’s futures complex offers inter-commodity spreads, with markets in SOFR futures strips, packs and bundles. Clients can trade them as a basis to FF and EDs and, importantly, the entire complex gets portfolio efficiencies.

“It is an implied market so the products are interconnected which helps market participants make prices on SOFR. I believe it has helped with the liquidity significantly. So they price both SOFR and Eurodollars interchangeably, and same thing for Fed Funds,” Cutinho highlights.

Wipf concurs, saying “for those that clear derivatives at CME or LCH, SOFR is now a critical part of their valuation and risk management frameworks, which should further increase familiarity with SOFR as we proceed along the LIBOR transition.”

On the non-linear side, volumes are growing slowly. “But they are not at the same level as Eurodollar options, and this is true of swaptions as well,” Cutinho acknowledges.

One reason for the modest volume has been the very low and relatively stable interest rate environment.

Overall, Cutinho envisions that volumes will continue to grow, but accepts that, for now, “we have yet to see the same level of volume that we see on the futures side or the linear products.”

Meanwhile, the demand from some areas of the market for a term SOFR rate has continued, and CME is participating in the ARRC RFP process. To that point, Wipf says “the ARRC recently concluded an RFP to determine an administrator for a forward looking SOFR term rate, which would be based on SOFR derivatives market transactions.”

“Our goal is to begin publication of a SOFR term rate in H1 2021, though the robustness of this rate is dependent on increased transactional volumes in SOFR derivatives,” Wipf notes.  “The ARRC continues to encourage market participants to use tools available now, like overnight SOFR and compounded averages of SOFR, to progress through their respective transition programs,” he adds.

Cutinho says that CME “has always entered a market to provide products for the client” and “to the extent there is demand for a rate like that, we will work to provide that service. Right now we are going through the RFP process and will see how the process concludes and go from there,” he adds.

“There are some products where either the investor or the issuer would like to know their obligations at the beginning of the term as opposed to the end of the term. For those limited use cases, we feel that term SOFR will become attractive and that can also enhance the awareness of SOFR as a product.”

Getting the market comfortable

No doubt the transition to SOFR discounting by the CCPs was a significant step towards the adoption of SOFR. The next boost is likely to arrive when ISDA’s LIBOR Fallback Protocol becomes effective early next year, while organic growth is set to continue as participants from all sectors direct an increasing proportion of their hedging and speculative activity into the SOFR market.

“The transition to SOFR discounting broadened the scope of clients that are exposed to SOFR and are now getting familiar with it. Clients will continue to get comfortable with it as more debt is issued linked to SOFR as a floating rate,” Cutinho says.  “It’s not just banks issuing debt but we are also seeing corporates issuing debt linked to SOFR. As that activity builds up, we think that derivative clients, corporate issuers and the general public will start to get used to SOFR,” he concludes.