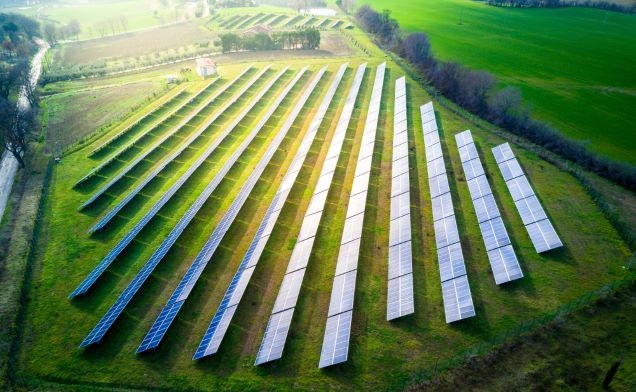 Today’s Green gilt debut broke records left, right and centre as it became the biggest Green bond sale ever, with the largest order book and the tightest sovereign spread of any Green sovereign debutant yet. Asif Sherani, MD/Head of HSBC’s EMEA/DCM syndicate team (HSBC were one of the lead managers and was joint structurer with JPM), told Total Derivatives today that at a spread of 2.5bps through the nominal gilt curve, the £10bn sale showed the growing, beneficial valuation for the broader Green bond market.

He noted that “we had a 2.5bps Greenium to the conventional curve… (proving) the sterling market is ready for Green issuance as well as showing the large cost advantages for issuers in the Green market.”  Noting that he was “pleasantly surprised” by the GBP market’s reception for its new Green benchmark, Sherani said that “time will tell how it compares with other markets but the recent big EUR deals saw a fantastic reception, such as the 20-year Spain €5bn Green offering at 2bps through the SPGB curve, and the €6bn Green Bund deal that also came with a 2bps Greenium.”

In recent landmark issues, he said, “we’ve see the Greenium go from 0.5bps, to 1bp, to 2bps, and now to 2.5bps, it shows how the supply/demand imbalance in this sector is growing.”

Looking at today’s buyers, Sherani said that 83% went to a mix of UK asset managers, bank treasury desks, insurers and pension funds, noting that the maturity was in a zen diagram-type sweet spot to appeal to that cross-section of groups, but added that the 17% of international interest was particularly heartening as it was larger than for a regular gilt syndication. That broke down, he said, as largely central bank and international asset manager demand.

Finally, some had predicted a debut Green gilt sale of up to £12bn. It wasn’t to be and Sherani noted that “it was the largest demand ever for a gilt so it could have printed larger but at the moment the Green gilt issuance plan doesn’t have the ability to deviate, materially, from the £15bn issuance plan… so that creates an implicit cap on the first deal.”

He said that “when more (Green government spending)  projects are identified that will naturally lead to the expansion of issuance.” He added that while there is the potential for taps of today’s deal, and next month’s planned 20-30y Green gilt sale, “it depends on the size of the next one…. The strategic objective of the DMO is to make sure they are liquid going forward. So there should be taps but it is hard to say if they will be this financial year.”

The Green gilt syndication was the  focus of a market that saw 10y nominal gilt yields end the day little-changed at 81bps as the market stayed calm despite Chinese contagion concerns and equities staged a decent 1.1% bounce after yesterday’s flaring of risk-off.

Commenting on the result of today’s Green gilt debut, Sir Robert Stheeman, the Chief Executive of the DMO, said: “I am delighted with today’s successful launch of the UK’s inaugural green gilt. Our green gilt issuance is supporting the UK’s ambitious environmental and climate goals, and we have been genuinely impressed by the very strong level of investor support today as well as the encouragement we have received throughout this process to bring this landmark sterling green transaction to the market today.”

Looking at the buy side, Stheeman said in a statement that “Investor demand came predominantly from domestic accounts who are increasingly integrating environmental, social and governance factors into their investment decisions but the deal also successfully attracted new investors to the gilt market, including from overseas.”

Congratulating the structurers, HSBC and JPM, and the joint leads, (Barclays, BNPP Paribas, Citi, Deutsche Bank, HSBC and JPM), he concluded by saying “I remain impressed with the gilt market’s versatility – not only its resilience, as evidenced by the market’s response to the challenges of the past year or so – but also how it has enthusiastically welcomed our debut green gilt. We now look ahead to the second green gilt, which we plan to launch next month in the 20- to 30-year maturity area, as we start to build out a green gilt curve.”