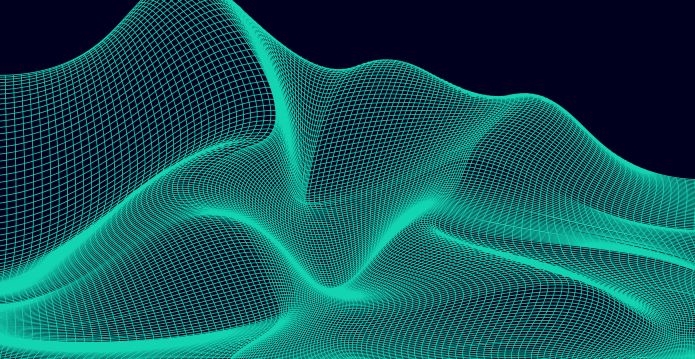 The SOFR First initiatives for linear swaps (July 26th) and cross-currency swaps (Sep 21st) have been achieved and liquidity is growing. However, dealers are still waiting to learn the SOFR First timelines for non-linear products -  including swaptions, caps and floors  (‘Phase 3’) - and exchange-traded derivatives (‘Phase 4’). MRAC has stated that it expects SOFR First to complete the subsequent phases prior to end-2021, but MRAC has yet to set firm dates (see link.)

Ahead of the deadline for non-linear products, options desks have been working for months to sort out the extensive details involved in transitioning to SOFR options – necessary and unattractive as it is.

“It is a big project and there is a lot of work,” said one trader.

“It is not going to be an easy transition,” another source added, “clients are not switching.”

“There are still many questions…(we’re)not ready yet,” agreed a third options trader.

“The options side is lagging,” according to yet another market participant. You get the picture.

Devil in the details - starting with conventions

Of the many issues involved in the transition, perhaps the easiest to change is day count conventions, but even there some of the products have not yet settled on a firm  methodology.

On one hand, after linear swaps shifted to annual money from semi-bond in the transition to SOFR from LIBOR, consensus is building that swaptions will also be quoted annual money, following the convention in linear swaps.

“There was a debate on conventions months ago in swaps and people were advocating for swaps to be quoted semi-bond, like LIBOR, but instead convention gravitated toward annual money and it appears that swaptions will take the lead of swaps convention and apply annual money as well,” an options desk head explained.

On the other hand, it is still open season for conventions in regarded to caps and floors, and the source found that the conventions “could go a lot of different ways,” with, for example the time interval caps/floors will trade by default, such as 3m, 6m or 1y.

Also, the issue of physical or cash settlement for swaptions that expire beyond the cessation of LIBOR has been yet to be definitively settled.

Earlier this week, LCH SwapClear issued a statement on its position in respect of LIBOR contracts denominated in CHF, EUR, GBP and JPY (see link), but the market is waiting for the LCH to give a similar statement for USD LIBOR contracts.

LCH says at this time does not have a particular time frame for when the USD LIBOR legacy swaptions statement might be released.

One source had confidence that LCH would come out with a solution that would not just default to a cash settlement. An end-user explained,  “if we can convert to a SOFR swap without cost” then that is fine, but added “we are not going to pay to do so.” And if a cash settlement is all that LCH offers, then “we will able to manage it” – although it is not the ideal solution, the source added.

As for the CME, in June the CCP said that it “intends to support the clearing of LIBOR indexed swaps post a CCP-led mandatory conversion.” Specifically, “if a LIBOR trade is submitted for clearing post the conversion process, it would be accepted for clearing and then as part of the end-of-day process,  converted into a market standard RFR position by (i) adding the ISDA spread to the floating leg and (ii) processing a cash adjustment to account for any changes in value corresponding to the conversion based upon the CME 3pm EST SOFR settlement curve.” CME IBOR Conversion Plan for Cleared Swaps.

As a result, a source at a dealer stated “depending on what LCH decides, you could have two different outcomes” but added that because the end date for the cessation of LIBOR does not happen until June 2023, there will be time to adjust to the potential outcomes.

Dealers have been examining the hills and valleys of the SOFR vol surface in comparison to the LIBOR surface. Some say that the preparation for pricing SOFR options is mostly finished while others say it is a work in progress. “In the past month, people have been working through a transition and are going through the process of making sure conventions and other details are in their systems,” a source said. “I don’t perceive many issues and believe that dealer desks will be able to work through issues confidently,” he added.

And another senior trader concluded that “It feels like people are going through the process and the issues and are at a reasonable point” of comfort.

Of course, “the first time you trade, you need to be clear on what you are trading,” he added, and compared  the process of switching to SOFR options to the transition to forward premiums.

As for pricing pages, sources say that brokers have been readying SOFR versus LIBOR vol premium indicative grids. “We’ve been told that the brokers have been preparing as quickly as they can and presume that they will be ready,” remarked a source. Another trader said that brokers had been working on a SOFR versus LIBOR comparison vol premium grid. Just this week, ICAP has updated its VOLS pages on Bloomberg to include indicative levels for USD SOFR forward and spot premiums and normal vol.

Still, surveying the current state of interbank trading, one options trader judged  “there were more quotes in SOFR” earlier in the year, but found “it has since died down,” giving the appearance of “losing traction.”

Another source rebuffed that view, saying “I haven’t observed a die down of SOFR pricing in options.” Instead he described “a steady stream of outright and switch activity in options as dealers are getting comfortable with the valuations and pricing.”

On the end-user side, a source reported hearing of one REIT  trading 1y10y and 2y10y SOFR swaptions. However, by and large, sources agree that end-user demand has been lagging, and in a recent ARRC SOFR symposium a panel of end-users expressed concerns about the readiness of the derivatives market (see link).

“The issue is whether end-users are capable of trading SOFR. It seems like people are dragging their feet,” suggested one trader.

End-users in general “have been quite slow to adopt,” agreed another dealer.

As far as increasing interest, an options desk head felt “it is a bit of a chicken and egg” but suggested that a SOFR First non-linear target date would “give people something to point to and work towards.”

Indeed, using the example of SOFR First in linear products, a buy-side participant said that,  “my attitude has been for a while that if we can trade SOFR with the same bid/offer as LIBOR, then we will happily trade SOFR.” However, “before SOFR First for linear products this was impossible, but after SOFR First, we have been able to get involved and the bid to offer is flat to LIBOR in the size we need to do.”

“There was a lot of friction from the market to start trading SOFR and we would have thought that trading volumes would gradually increase, but in the end it took the SOFR First initiative

As for timing of SOFR First for non-linear trades, one source related hearing that end of October to early November may be the time frame for a SOFR First Initiative by MRAC, but this could not be confirmed.

When SOFR First arrives in swaptions and other options, “I hope that it will approach 100 percent that dealer desks are prepared to quote,” said one sell sider. People will ask: “what took so long and that it seems natural,” while also acknowledging the complexity of the process and the work involved for the banks and the brokers.

One senior participant believed SOFR First for vol products has the potential to create a multiplier effect. ”If someone starts to trade 3m10y SOFR swaptions then that will be hedged with SOFR swaps.” Thus, “it impacts not just the vol market but could bring forth more business to bring other end users over the edge.”

A desk head agreed, saying that a multiplier impact “will certainly happen” as “each part of the overall transition has benefits for other parts of the market.”