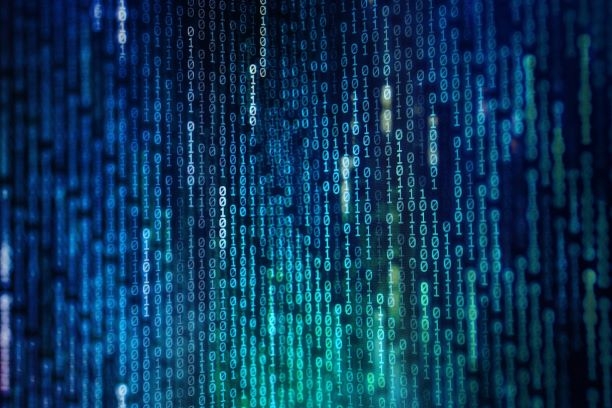 If the violent curve moves and high delivereds weren’t enough to deal with in the past month, the options market also has SOFR First arriving on November 8th. However, since the MRAC guidance (see link) the options market has yet to see a pickup in SOFR options trading, with just a handful of interbank SOFR trades going through on a weekly basis according to traders and SDR data (see RFR trades).

Dealers are genuinely uncertain about how SOFR First will play out for non-linear products. “I get shoulder shrugs” said one swap desk head when asking his options desk.

An options trader added that they wondered what MRAC was thinking setting November 8th as a deadline: “Why all of the sudden?” - and, in particular, why set a date before year end.

Another trader pointed out that the options market is still “90%+ LIBOR” while the bulk of the risk dealers are managing is legacy risk benchmarked to LIBOR.

One source noted that the recommendation by MRAC is only a “guideline.” He highlighted that “none of the regulatory agencies are saying much in regards to non-linear SOFR First…it is in the hands of the dealers.”

Some market participants were more concerned with 2022, when dealers are supposed to cease taking new LIBOR risk. “What is the market going to look like?” sighed one, adding that they were unsure how the market was going to manage LIBOR versus SOFR mismatches in options. “It's not like you do a big basis trade

Another dealer highlighted that while SOFR First recommends SOFR for new options trades, “how does one differentiate between legacy LIBOR hedging needs versus new trades?”

One trader warned that there is “going to have to be a way to exchange risk with other dealers in LIBOR” after year-end. Otherwise, traders are going to have to carry big positions in LIBOR into 2022 and beyond.

Traders confirmed that end-user demand for SOFR options has not been large so far. In their view, the slow growth in SOFR options trading and liquidity is largely a function of a lack of natural demand from a majority of end-users.

Some participants had seen some interest from end-users wanting to use 3m term SOFR, for products such as SOFR caps/floors. There is “a lot of inquiry from end-users,” for those, according to one source. However, they had also seen “no market” for options such as 3m term SOFR CFS.

Still, recent research from BNP Paribas finds that the earliest SOFR indexed options trading in CFS “appeared to be driven by hedging higher rates in the 3-5y sector, likely by end-user type accounts (smaller banks).” And while BNP Paribas reckons momentum has slowed in SOFR caps/floors trading, the bank expects it “to reaccelerate” with the SOFR First non-linear deadline.

As for SOFR swaptions, anecdotally, sources report 1y10y-3y10y SOFR swaptions trading likely related to REIT end user demand.  BNP Paribas also finds that SOFR swaptions have "exhibited upward momentum since the announcement of extension of Libor to June 2023", announced back at the end of November 2020. BNP Paribas sees the highest volumes in the 2-10y tenors with a maximum option maturity of 5y.

Still, in total, BNP Paribas estimates that a paltry “$9bn notional of SOFR indexed caps/floors and swaptions traded in October versus $612bn Libor indexed swaptions” or 1.5% of LIBOR. However, BNP Paribas believes that “with an increasingly liquid underlying and broker markets quoting SOFR as the primary index soon, the dynamic should shift.”

SOFR First for exchange-traded linear and non-linear derivatives is the final phase but has yet to see MRAC recommend a date.

With Eurodollar options still all LIBOR based, this makes the transition for OTC products hedged with ED options – i.e. those in the upper left corner - difficult to price and may impact trade in SOFR options, sources say. Liquidity is hard to source and recent market volatility has added to the problem  – both OTC and on the exchange. Improved liquidity in OTC SOFR options will need also engagement from the regular players in the exchange-traded space: locals, buy-side firms and HFTs.

Will November 8th be a Buffett moment for non-linear SOFR trading? Is the market going be naked when the tide goes out?

While some desks say that they are prepared to quote SOFR swaptions and have been for a long time, others admit that they are still going through the prep, getting models approved, spreadsheets checked and pricing tools and risk systems up and ready.

One trader made the distinction that with the transition to non-linear SOFR “some dealers likely want it” and are more prepared than others. For the keener dealers, the transition will be an opportunity to “capitalize and build” on potential end-user interest while others continue to work on building out their SOFR capabilities.

Rip off the band-aid!

In the end, option market participants appear resigned to dealing with whatever comes on November 8th. Ideally, dealers will experience a repeat of the largely successful transition seen with SOFR First for interest rate swaps that occurred after July 26th. For linear products, and a little later for cross-currency swaps, carefully planned regulatory deadlines served to concentrate efforts and encourage the market to make the change.

However, the doubts of options desks are non-trivial, and the lack of any pick-up in non-linear SOFR activity among dealers so close to the deadline is a major concern. Shortly after November 8th, year-end brings both another regulatory deadline for LIBOR cessation and a seasonal slowdown in activity, both of which could threaten a successful non-linear transition.

Still, perhaps it’s always darkest before the dawn. As a trader remarked, SOFR First will be “a pain,” but the market needs “to rip off that band aid.”