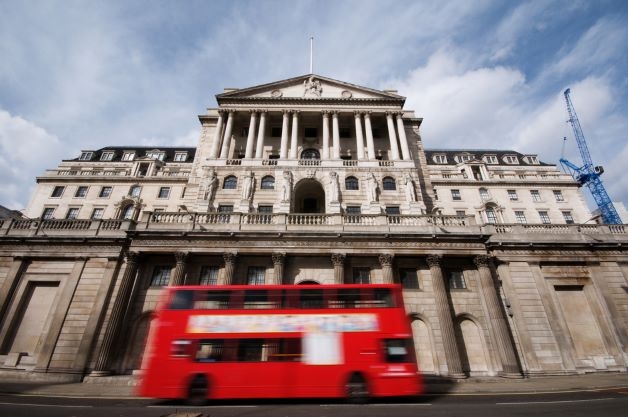 QE or QT? That is the question…

While GEMMs have unsurprisingly indulged in as fair amount of head-shaking as the BOE fails to make significant bids for gilts at its much-lauded daily £5bn or less reverse auctions, basis traders say the impact on activity in their market is not insignificant.

One seasoned swapper at an active market participant said this morning in London that, “in the front-end of cable and EUR/USD we’ve seen a bit of normalizing after the quarter-end dip. (3m EUR/USD is at -59.75bps from -70bps at the end of September and -23bps before the turn move).”

But he said, it’s a different story in the long-end. “There’s been a lot of activity trading around the 30y point in GBP/EUR and its component parts. 30y GBP/EUR was well bid yesterday and has turned on a sixpence today,” he said. The 30y GBP/EUR basis has traded in a -16bps to -12bps range yesterday and has reversed that today. Prior to BOE intervention last Wednesday it had plunged from -10bps on Tuesday morning to -35bps at the point that the BOE stepped in on Wednesday.

While the BOE undoubtably did well in its initial impact, the above trader is worrying more about the medium term now. “The lack of action (in terms of gilt-buying) from the BOE since last week has made people nervous that we could go back to the gilt (and basis, and ASW) moves of last week, which has led to a bias to receiving cable and GBP/EUR in the long end.”

“Dumping gilts on ASW leads to offers in long-end basis,” he added, “so 5s/10s cable has flattened a lot to 2.5bps mid at the moment and the market is trading very nervously.”

Because, he explained, “Is it QE or QT that the BOE is focusing on now. This move (lacklustre QE) gives no clear direction and is very destabilising. How do you position for a market when you’re not sure if QE or QT is holding sway?”

The answer, he said, is that “if you don’t know which environment you’re in you do as little as possible,” creating whippy and ever-more-nervous conditions.

Meanwhile sterling IG issuance - or issuance in other currencies by sterling names - has been understandably absent since Mad Wednesday and long end gilt yield spreads to Bunds remain about 50bps wider at around 230bps in 30y today, versus 170bps the week before the chaos took hold.

Basis trades on the SDR can be seen here: Total Derivatives SDR.